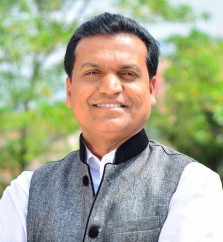 Introduction:
With the goal of overall development for the district through professional rights, welfare and the promotion of entrepreneurs of trade and industry, the Makawanpur Chamber of Commerce & Industry (MCCI) was begun in 1966 (2023 BS).

MCCI is a representative organization of the private sector business community in the district. MCCI is a non-political, non-government and non-profit oriented organization aimed at the promotion of trade and Industry.

MCCI is committed to the promotion of commerce and industry in the region as well as the overall economic development of the country. MCCI has made significant contributions to trade and Industry in Makawanpur.

The organization has also been active in the field of social services for public benefit, receiving help and assistance from all public and private sectors. MCCI is an active affiliated member of the Federation of Nepalese Chamber of Commerce and Industry (FNCCI).
Historical Background:

The Chamber is situated at Hetauda Sub-Metropolitan, Ward No. 2 and was registered on 2037-08-02 according to company Act 2014.

The highest policy making body of the MCCI is its General Assembly which generally meets on an annual basis.

The executive committee is assisted by the following council and Committees.